What is a QR Code?

A Quick Response code – QR code for short – is a two-dimensional bar code that can store a significant amount of data. QR codes make it easier to access websites or make payments online, as they can be read by digital devices quickly and with no complications.

These codes can store and encode various types of information, like URLs, phone numbers.

Compared to standard barcodes, QR codes can store significantly more data, from phone numbers and addresses, to the URL of a website, and more. And this is possible because Quick Response codes store information in the form of a grid, therefore allowing the user’s device to read information in two different ways – from the top to the bottom, and from the left to the right. Traditional barcodes, on the other hand, can only read from top to bottom.

Since traditional barcodes are one-dimensional, they can hold less data than QR codes. Furthermore, QR codes are like fingerprints – unique. Unlike barcodes, which tend to have the same data for the same item, QR codes differ from each other, even when the same item is acquired. And this makes it easier to keep track of each asset individually.

Why are QR codes useful?

Within the last decade, QR codes and QR code readers have become more widespread with the advancement of technology, specifically smartphones. Nowadays, most devices like smartphones or tablets have a QR reader. But, more specifically, why are these codes useful? To put it simply, they allow users to perform a wide variety of tasks in a simple manner that would have otherwise taken more time, energy, or money. 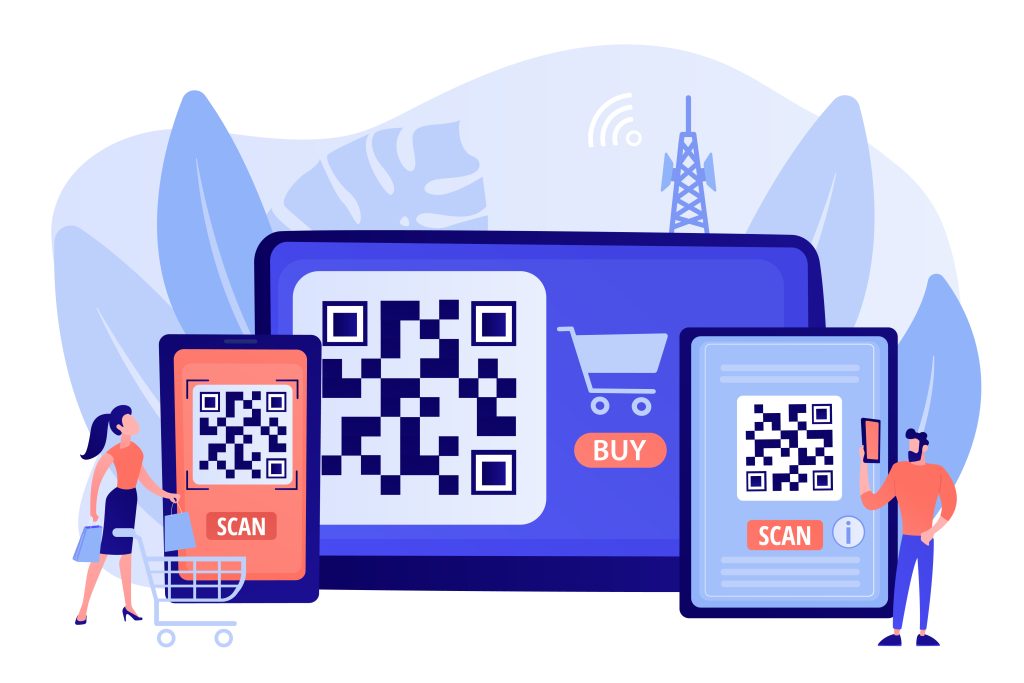 Examples of uses for QR codes:

– Store your boarding pass: Travelers can store their flight tickets as QR codes, without having to carry the physical boarding pass on them

– Access a restaurant’s menu: Users can scan the code to access the menu of restaurants who have switched to digital menus 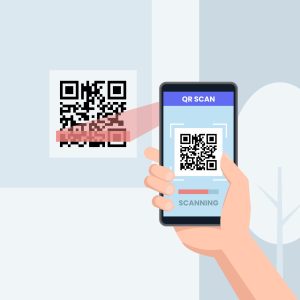 How to scan a QR code?

The most common way to scan a QR code is through the device’s camera. Newer generations of phones, tablets, iPads and other devices have a built-in scanner in the camera. However, older generations of devices may require a mobile app, which you can easily download from Google Play (for Android) or the Apple Play Store (for iOS).

The steps for scanning a QR code are straightforward and uncomplicated:

1. Start by opening the device’s camera (for newer-generation devices) or the QR reading app (for iOS 11 or older, and Android 7).

2. Face the device at the code.

3. Frame the code, so the code’s corners are in view.

4. The device should display the data immediately, although in some cases it may take up to a few seconds.

How to address difficulties with scanning a QR code

The steps for scanning a QR code are direct and simple. However, as things often go with technology, users may sometimes experience technical difficulties. Thankfully, the solution to some of these issues can be just as simple to resolve.

If you’ve followed all the right steps and find yourself still experiencing difficulties with scanning the code, there are several different things you can try.

How to scan a QR code on older-generation Android devices

Android devices running on any version older than Android 7.0 do not have built-in QR readers, with the exception of Android 6.0.

If you point your device’s camera at the QR code and nothing happens, search your camera settings for the QR code scanner. If you don’t see it, chances are you will need to download a third-party mobile app from Google Play. Once you’ve downloaded and installed the app on your device, you can use it any time you need to scan a QR code.

How to scan a QR code on older-generation iOS devices

There is a wide variety of apps to choose from, but keep in mind that not all may be free. With that in mind, let’s look at a few examples.

QRTIGER: Available on iOS and Android, the app has great reviews, and allows you to read and generate QR codes at no cost

QR Reader: Only available on Android, reviewers have positively reviewed this free app

What are a QR code’s components?

QR codes have become increasingly more prevalent within the past decade. We can use them to make online payments, read a restaurant’s menu, or even store our flight tickets in a digital form. However, you may be wondering about the components or a QR code, and how they allow us to do so much with so little effort, from our devices.

1. Finder Pattern: most QR codes have black squares in all four corners, that help the QR reader identify the type of code that it is interpreting.

2. Quiet Zone: QR codes have white borders around them called the Quiet zone, that helps the QR scanner delimitate the data from within the code to outside factors and elements.

3. Alignment Pattern: usually located at the lower right corner of the code, this element provides readability of the code even if the user is holding the device at an angle, rather than directly facing it.

4. Timing Pattern: this element makes it possible for a device to read a QR code, even if it is damaged.

How do QR codes work?

QR codes distinguish themselves from other codes through their patterns of black dots and squares, which represent the code’s information. Those two-dimensional shapes can contain a wide variety of data like numbers, letters, and bytes. When a scanner goes over the code, it interprets that data and translates it into a language that humans can understand. For example, a unique combination of black and white squares and dots, when scanned, can reveal the address of a business or the digital menu of a restaurant. And that is because the QR reader has the ability to read and parse the data. Once analyzed, the reader assigns a value to each square in the grid, combining them to create a pattern.

These codes have numerous uses, from allowing individuals to save their plane ticket in a digital form, to making touchless online payments and accessing website URLs with a simple touch.

To use a QR code, users can simply open the camera on their device and point it to the code. This is possible because newer-generation devices have built-in QR code scanners. However, older smartphones or tablets, for example those running on anything older than Android 7.0 or iOS11 may not have this. Thankfully, scanning QR codes is still possible through a wide variety of mobile apps created for this purpose.

Chosen by the editor